Home Tips How to Grow and Care for Grapefruit Plants

How to Grow and Care for Grapefruit Plants

Grapefruit is the largest type of citrus. The name bali on this orange actually has nothing to do with the name of the island of Bali, but for some reason, by whom and since when this big orange was given the name grapefruit. 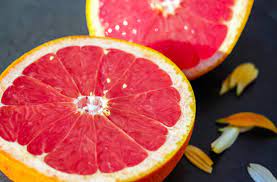 The foreign name for grapefruit is Pamelo while its Latin name is Citrus grandis. The name of the grapefruit has nothing to do with the island of Bali, so the agricultural service currently recommends naming this orange with pamelo.

However, because the name of grapefruit is already attached to the community, it is difficult to change it.

The climate suitable for grapefruit cultivation is a tropical area with sufficient sunlight. In Indonesia, there are several cultivars or types of grapefruit, including:

How to Grow Grapefruit.

The right way to plant grapefruit is not much different from planting trees in general. The stages are as follows:

The soil suitable for growing grapefruit trees is fertile soil that gets full sun. If your house is shaded around your house and forced to grow this plant, it will not live well let alone bear fruit. If you do not have enough land, it can also be planted in pots or the popular term Tabulampot (planting fruit in pots).

Grapefruit plant seeds are generally obtained by grafting. What must be considered is how to transplant this plant, among others: choosing a good and healthy parent, and choosing branches that are already fruiting. By choosing a branch that ever bears fruit, it is hoped that the grapefruit plant will soon bear fruit. If you buy at a fruit seed shop, choose one that is already fruiting, or at least has flowered, it is certain that the seeds will bear fruit quickly. For more details, read: Plant grafting techniques so as not to fail

- Make a hole in the selected land with a minimum size of 50cm x 50cm x 50 cm. The hole is made larger than a polybag of grapefruit seeds with the intention that it can accommodate more manure mixture.

A mixture of manure and fertile soil in a ratio of 1:1. Pour the dough into the bottom of the hole as high as 30cm. Then plant the grapefruit seeds that have been prepared by removing the polybag. Arrange and compact slowly so you can stand up straight. Give a steger or support so that it does not shake when exposed to wind or other disturbances. Don't forget to water after the seeds are planted.

The correct way to care for a grapefruit tree or plant so that it can bear more fruit and not die is as follows:

In post-planting care, it is recommended to water frequently, that is, once a day. When the grapefruit plant has grown well and is fertile with strong roots, watering is no longer needed because this plant is drought tolerant. In hot dry seasons can be watered once a week to reduce dehydration.

Pests that often appear on grapefruit plants are caterpillars and stem borers. The caterpillar attack is characterized by the number of leaves that the caterpillar eats. To eradicate it, insecticides can be used which can be purchased at agricultural production facilities stores.